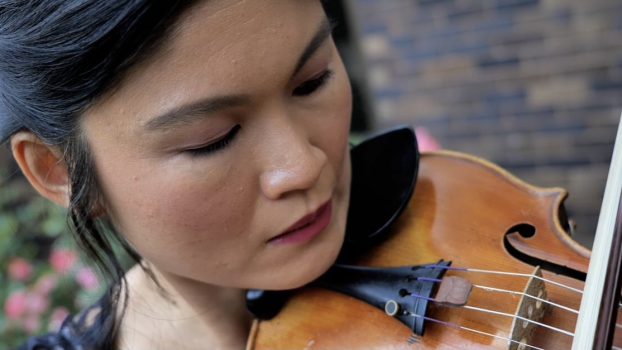 “I don’t drink, I don’t womanize, I only Raptorize” ~ Nav Bhatia

From persecution to pride of place at every Toronto Raptors game, SUPERFAN tells the powerful story of Nav Bhatia’s amazing journey and his love story with his favourite team, the Toronto Raptors. Come join us as we follow the Raptors’ success story through the lens of Nav’s single minded devotion—right from their inception in 1995, to their heady and almost unbelievable Championship win in 2019. Get an insider’s look into the mind and world of the man who’s never missed a single home game since 1995, and whose name has become synonymous with that of his favourite team.

The documentary examines how the journey of the Toronto Raptors from no-hopers to World Champions in so many ways mirrors Nav Bhatia’s journey as an immigrant.

We chronicle Nav’s journey all the way from 1984 – from the time when he was forced to leave New Delhi, India during a time of great political turmoil. Members of his community were targeted by mobs belonging to the then ruling party and the resulting carnage left over 3000 Sikhs dead. Sadly, persecution followed Nav even in his new adopted home of Canada where he was ignored, rejected and often racially abused for looking “different”. We’ll see how despite all this, Nav never let bitterness get the better of him. Instead, he stuck to his philosophy of “Treat people like you want to be treated yourself”—and with a mixture of kindness and hard work, soon beat all odds to become a record-breaking car salesman and super-successful dealer.

Meanwhile in the 26 years since its inception, the Toronto Raptors went from being the worst team in the Eastern Conference to NBA champs. Today, they boast the most diverse fan base in North America with a turbaned Sikh being their most recognizable face. SUPERFAN tells us the improbable and incredible story of how the Raptors’ and Nav’s paths came to be intertwined and continue to be inextricably linked with each other to this day.

SUPERFAN also gives us a never-before glimpse into the persona behind the person and features exclusive interviews and intimate conversations with family, friends and famous faces like Russell Peters, former NBA superstar Vince Carter, Toronto Raptors Head Coach Nick Nurse, Raptors legend and Hall of Famer Isiah Thomas, and many more. Through them, we get a firsthand look at the struggles and successes of Nav Bhatia, the immigrant Everyman who went on to become the Toronto Raptors’ most beloved SUPERFAN.

The documentary celebrates the several high points in Nav’s life as a Superfan—from being made Grand Marshall of the Raptors’ Homecoming Parade to becoming the only fan ever to be inducted into the NBA Hall of Fame and receive the coveted Championship ring.

SUPERFAN also goes beyond the game and glory and takes a deep dive into how the Raptors and Nav have worked together to become a force for good for youth and for diverse communities, both in Canada and around the world—and how he continues to practice his philosophy of treating others kindly and with love to this day.

The Year of Haydn - Covid Can't Stop the Music

When a talented teen string quartet has their International performance dreams abruptly thwarted by the Pandemic, they are presented with the opportunity through the Flint School of Performing Arts to be mentored for a year by the acclaimed Grammy nominated Dover Quartet. This awe inspiring journey, chronicles their hopes and fears and anticipation of the final Live Concert.